Between April and August 2016, mining and minerals processing professionals worldwide are invited to attend the live flotation webinar series that will be hosted by Outotec.

The webinar series is created to support professional knowledge development and to offer an information forum for flotation experts. The purpose of the webinars is to share insights and best practices on several topics in flotations, which have a direct influence on improving plant performance. Presentations will be made with operations in mind, and focus on tackling current issues and challenges experienced in flotation processes. All presenters have extensive firsthand experience from sites where they have continuously supported and developed processes that improve the overall performance and usability of flotation plant and auxiliary equipment.
The webinar series is available both in English and Spanish. Webinars are arranged on the BrightTALK platform (live and later on-demand).
For more information, schedule and registration, please visit www.outotec.com/webinars
The topics of the webinar series are:
Finding and eliminating bottlenecks in flotation plants
The topic in focus will be 'where to identify improvement areas within existing flotation plants,' something which Outotec is putting into practice worldwide. Original engineering and plant layouts may actually be lowering current performance levels due to changes in the mineral and variations in operating philosophy; these will be discussed with the audience and key areas for potential improvements will be outlined. The role of each of the major components of the flotation machine will be looked at and participants will gain a greater understanding of the influence that each part has on overall performance.
English presentation given by Robert Coleman on April 8, 2016
Spanish presentation given by Hernan Elgueta on April 15, 2016
Optimizing froth area of the flotation cell
The topic in focus will be 'flotation cell froth crowding and launder design,' and its' influence on overall performance of a flotation cell. Companies often overlook the importance of crowding and launder design; however, both play a critical role in good metallurgical performance of an individual cell, and therefore the overall performance of the plant. Flotation cells with different duties and in different positions will require different cone and launder configurations; Outotec will explore these options with participants and demonstrate how to identify the correct arrangement in a plant.
English presentation given by Jason Heath on April 29, 2016
Spanish presentation given by Rodrigo Grau on May 13, 2016
Best maintenance practices to give best metallurgical performance in flotation
Often the mechanical and maintenance of a flotation operation is overlooked when focusing on plant metallurgical performance, causing loss of "easy recovery percentages". For this reason, the topic in focus will be 'flotation maintenance practices.' Common mechanical issues together with spare and wear parts have a big impact on the efficiency of a flotation plant. These points will be discussed with the participants, as well as an overview of some of critical areas that directly affect the overall performance of the plant. Well-defined regular maintenance can limit downtime, increase availability, and lead to better overall performance of the individual components of the flotation cell.
English presentation given by Ben Murphy on June 3, 2016
Spanish presentation given by Jose Romero on June 17, 2016
Boosting flotation profitability with modern technology
The topic in focus will be 'flotation modernizations and upgrades,' and their vital importance in improving plants and processes operating under the current pressure of the mineral processing industry. With over 100 years of development, advances in flotation technology and controls have been substantial. New technology can be used to replace or improve existing equipment, leading to greater levels of efficiency, usability, reliability, stability and flexibility. Changes in ore bodies mean that subsequent changes in equipment are also required - Outotec will explore these changes and latest developments with participants, introducing some simple tools that the audience can use to make preliminary assessments.
English presentation given by Sherwin Morgan on July 8, 2016
Spanish presentation given by Alejandro Yañez on July 22, 2016
Stabilization versus optimization - insights to flotation control
The topic in focus will be 'flotation control and operating philosophy,' and Outotec will demonstrate the importance of having maximum control over a flotation plant. Some of the basic and advanced tools that have been developed will be introduced to participants, and how to build a successful control strategy will be discussed - highlighting the difference between the stabilization and optimization of a plant. Participants will be invited to discuss current issues in control and operating philosophy with the presenter.
English presentation given by Ari Rantala on August 8, 2016
Spanish presentation given by Tano Balbin on August 19, 2016
For more information, please visit www.outotec.com/webinars or contact flotation@outotec.com 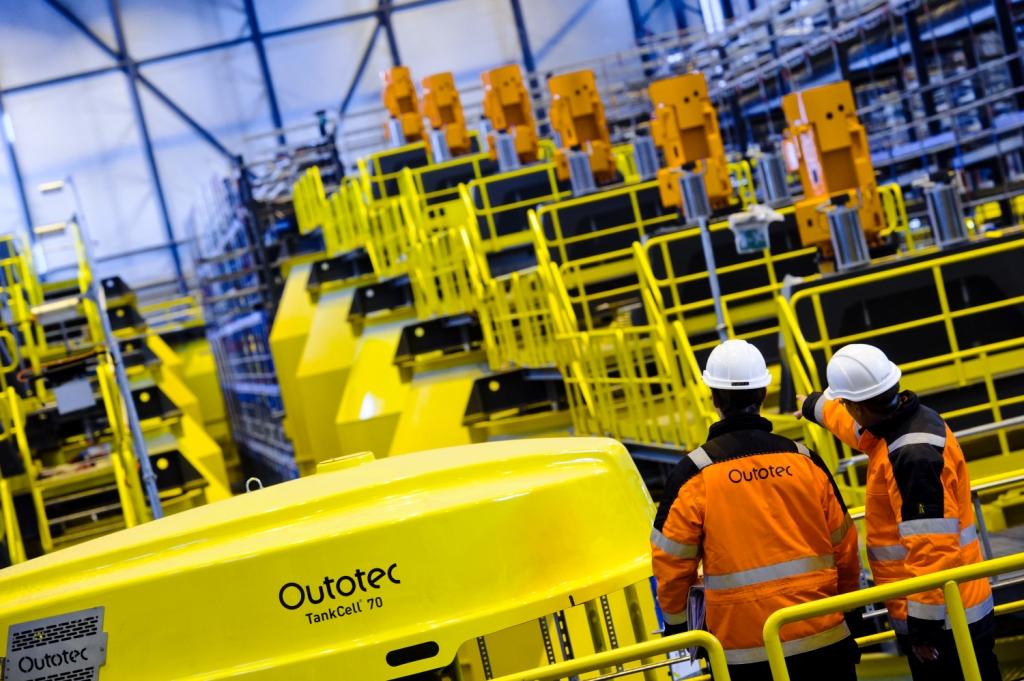